Compilation is a process that consists of three different steps:

- Targets vs sources 🎯🥧, targets are identifier/names🎯, sources🥧 are the values, many different ways of target to value assertion, eg function getStudentName(..) , where getStudentName🎯 is a target and function(..) 🥧is a source .

- NEVER USE eval() 👎🏻🚫 => can mess with the scope ➿ already established at runtime, and also takes a performance hit. For example

- with() keyword is also bad

- Scopes determined at compilation, Use the bucket and marble 🥃🎱 metaphor to match a variable with a scope. (same color marbles go in same color buckets 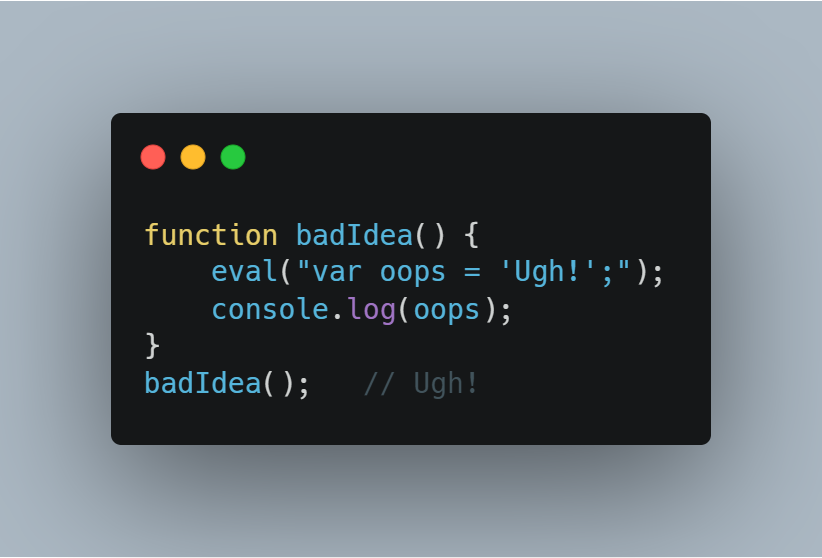 - When JS engine comes across a variable, asks current scope for value, if not , it asks the outer scope, and so on...

- Variable scopes are usually determined at compilation ➿ before runtime🏃🏻‍♂️, unless a variable cannot be found in the current file (exists in a different file). In that case, it is resolved at runtime( when it finds it in a different file) (resolved to global scope usually)